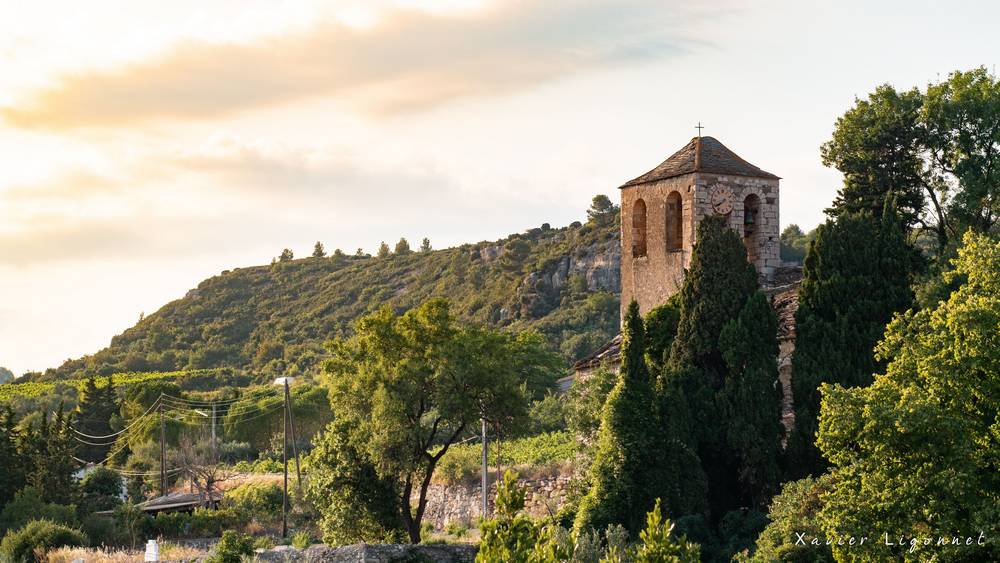 Sully's old elm tree is now in place in front of Notre-Dame-de-l'Assomption.

La Caunette, nestling against a steep cliff ledge at 142metres above sea level, has 330 Caunettois(es) within its walls. Its name comes from the pre-Indo-European "cauna", which means cave. Between the Cesse at its foot and the cliff above it, La Caunette stretches out lengthwise facing south. The Romanesque church of Notre-Dame-de-l'Assomption overlooks the river.

The old village, La Carambelle, is guarded by a medieval gate surmounted by machicolations. Inside, steep alleys lead to ancient troglodyte dwellings. The castle of Pardailhan, built on the square, dates from the 17th century.
A high brick chimney at the entrance of the village highlights the history of lignite mining until the 1950s.

La Caunette, which has been on the banks of the Cesse since prehistoric times, owes its name to the caves that sheltered its first inhabitants ("cauneta", "cauno" means a pit used for housing).
In the Middle Ages, it became a defensive outpost for the castle of the Lords of Minerve, like most of the castles in the surrounding villages, and there are still vestiges of what was once a fortified village.
Passing through the medieval fortified gate in the shape of a square tower topped with machicolations and loopholes, one enters the historic heart, called the Carambelle, in other words the beautiful stones, whose houses were grouped together at the foot of the original castle.

:: The Romanesque church of Notre-Dame-de-l'Assomption

Mairie
Opening hours:
Mondays and Tuesdays: from 9am to 12pm and from 2pm to 6pm
Tuesdays, Wednesdays and Fridays: from 2pm to 7pm
04 68 91 23 11
mairie.lacaunette@wanadoo.fr