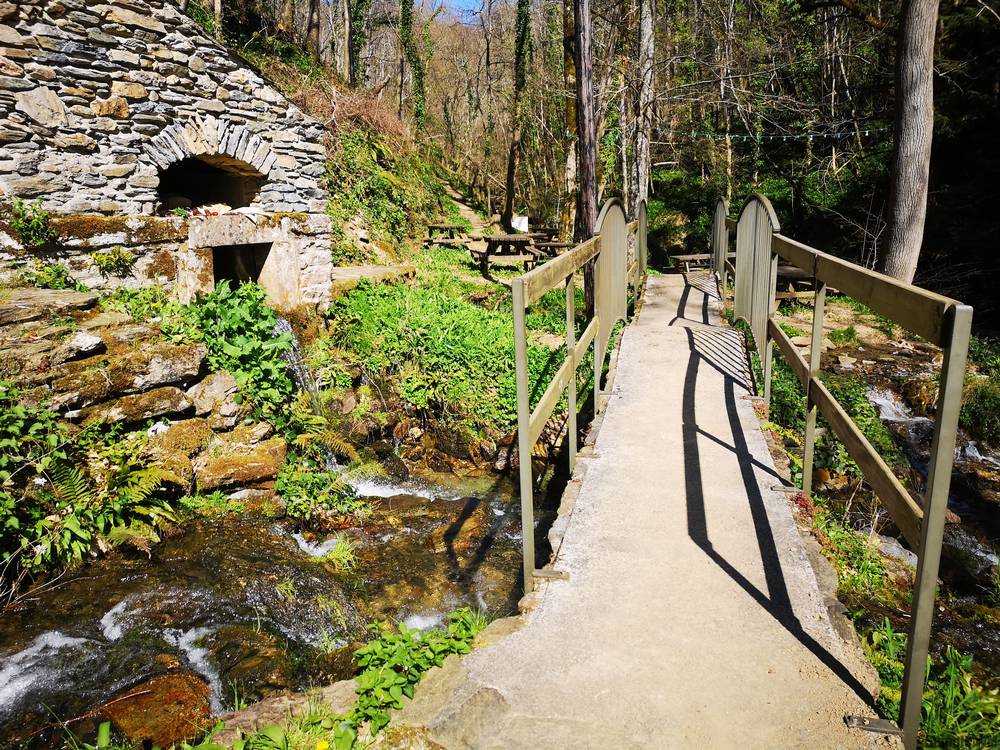 At the sources of the Cesse, a green village between beech and chestnut trees.

Ferrals-les-Montagnes, perched in the mountains at an altitude of 520 to 800m, owes its name to the Latin word for iron "ferrum" and the suffix "ial"; because it was the "place where iron is produced".

160 Ferralais(es) live in this village today.

This village and its hamlets, built at the sources of the Cesse river, has a green landscape covered with beech and chestnut trees. The hamlets of Campredon and Peyrefiche lead to a forest rising up to the Col de Serrières, which marks the division of the waters between the Atlantic Ocean and the Mediterranean Sea. The exceptional panorama is revealed in all its splendour from the roc Suzadou. 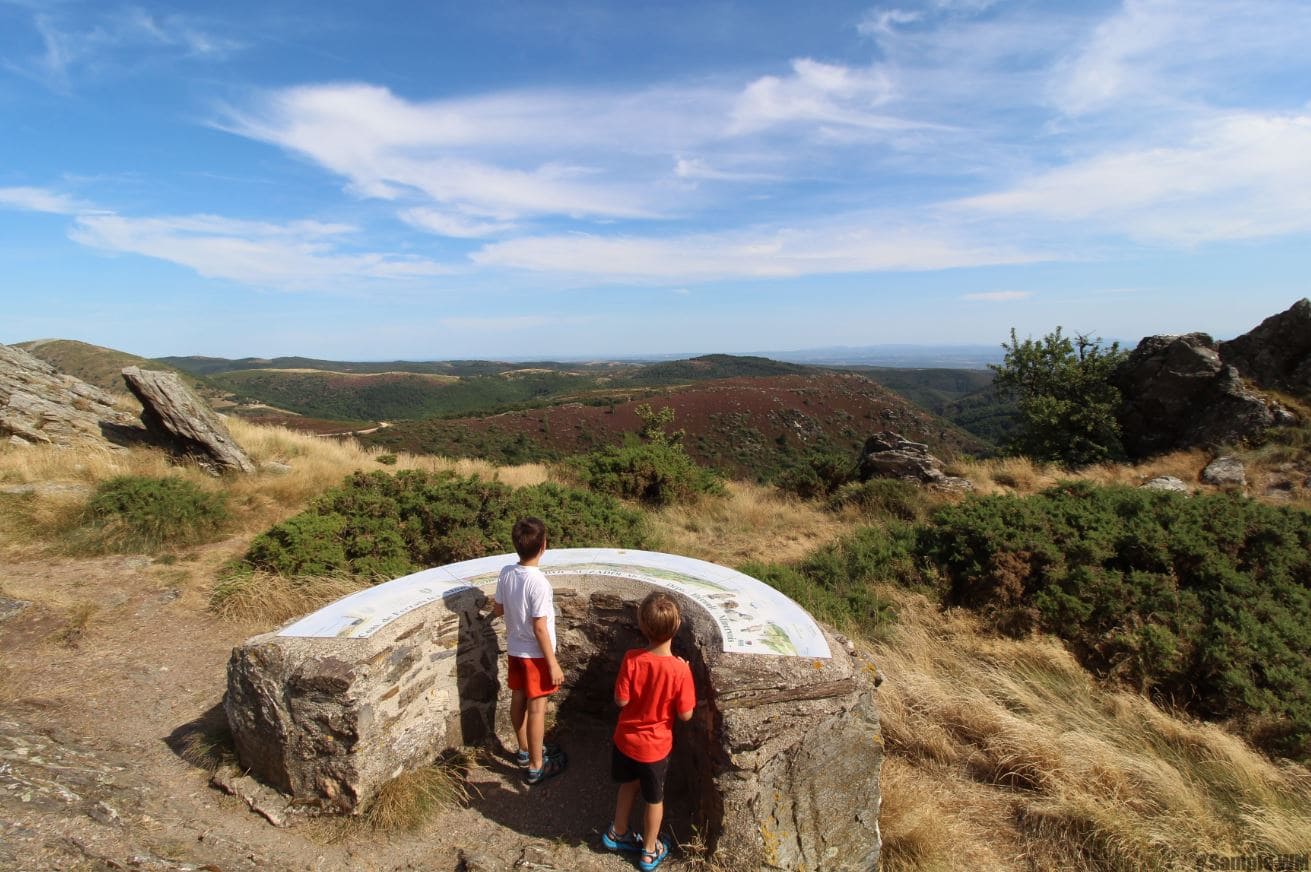 In Authèze, a Romanesque chapel is to be discovered by hikers.

Ferrals has a schistose subsoil filled with iron oxide, which gives it its name and its characteristic wine-red or green colours. Moreover, it conceals, among other things, numerous trilobites, representative of the oldest fossils to be found in France, making it a geological mecca.

An important market of local products is held every Sunday in the summer, on the squares of Ferrals. In addition to its local delicacies, it also welcomes numerous craftsmen with varied skills.

:: The orientation table of the Roc Suzadou.
:: Cesse river sources.