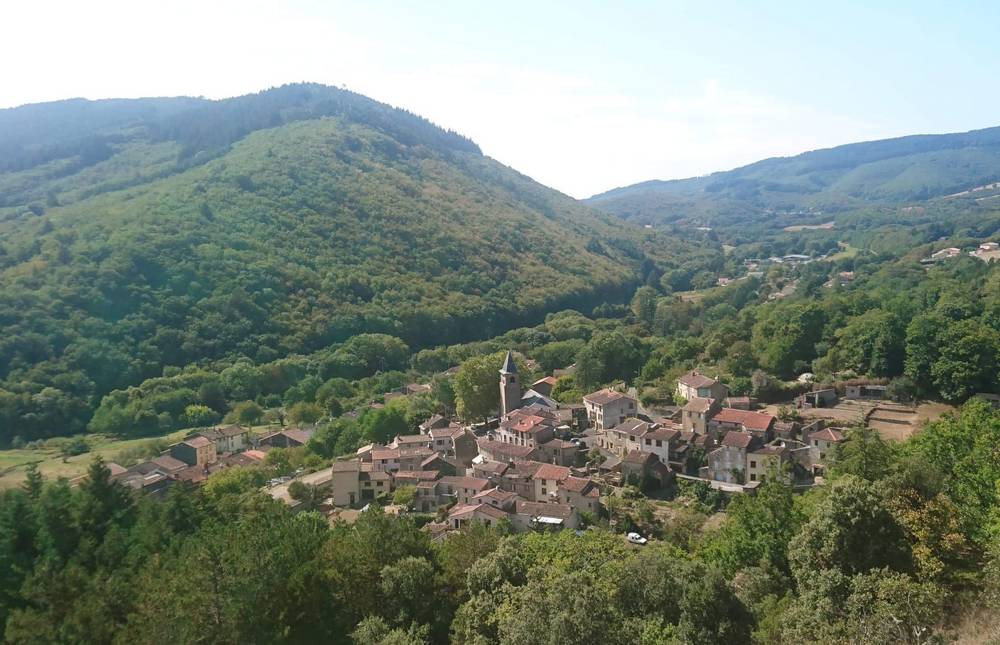 Situated at the western limit of the Hérault department, this village is 5km upstream from Saint-Pons.

An emblematic passage of the Voie Verte Passa País which links Mazamet to Bédarieux, the Col de la Fenille, at 459m on the N112, marks the division of the waters between Thoré and Jaur, i.e. between the Atlantic Ocean (via the Tarn) and the Mediterranean Sea (via the Hérault).

Courniou-les-Grottes remains known for its network of several caves, the most visited of which is the Devèze, with 9 rooms, rich in delicate concretions and where you can admire the "Palace of the Glass Spinner" (Le Palais de la Fileuse de Verre). 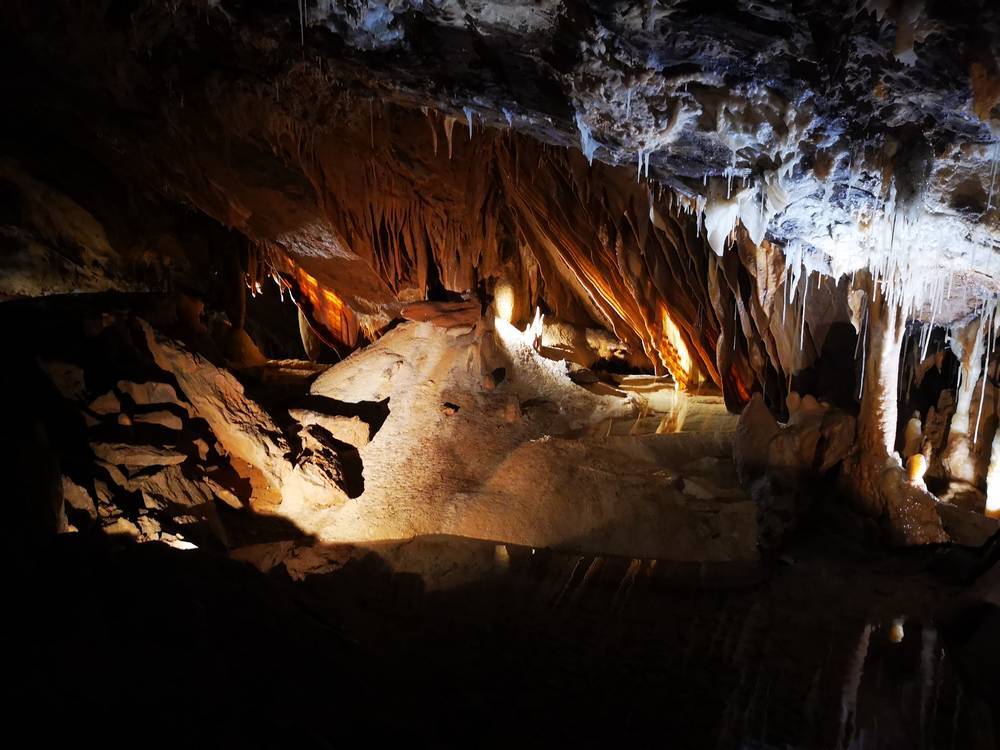 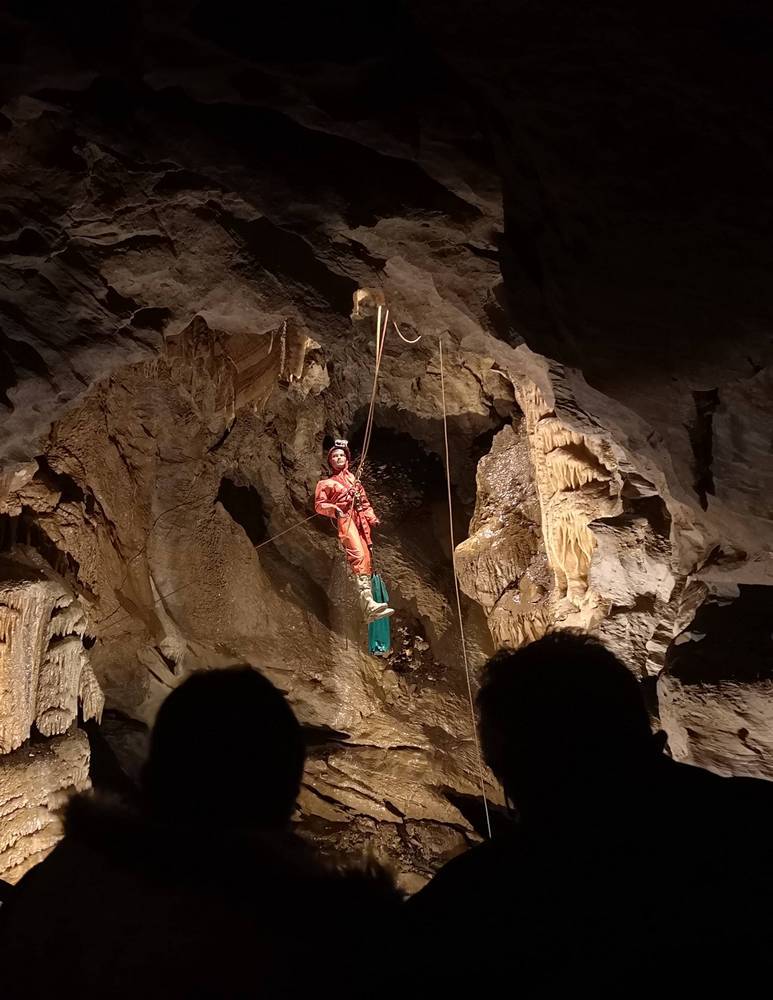 This listed site allows you to admire stalactites of great purity which seem to defy the laws of gravity: incredible draperies, subtle bouquets of aragonite, a petrified waterfall, and more.
At the exit of the cave, a footpath leads to the capitelles, funny little dry stone huts. Courniou is an essential stopover on the Voie Verte Passa Païs and invites you to discover other villages.

Situated on the very ancient communication route from Castres to Béziers, the territory of Courniou has been, throughout history, a place of passage and exchange, which has suffered during troubled times, especially during the different religion wars.
When the town of Saint-Pons was taken by the Huguenots in 1567, the territory of Courniou was at the heart of the confrontations. Later in 1625, Protestant troops from Rohan destroyed the tenant farms of Les Enclauses (belonging to the chapter of Saint-Pons) and Marquit (belonging to the de Brugairoux family).
Towards the end of the 17th century, the Château de Cabanes was built by the de Guibbal family, who had owned this estate with its tenant farm and the one of Sarrougé (today Saint-Roger) since the 16th century. From 1714, the castle was owned by the Roger de Cabanes family. In 1703, the parish of Courniou, a branch of Saint-Martin-du-Jaur, was built, marking the first desire for independence and identity of the territory.

:: The Palace of the Glass Spinner
:: The Pedagogical Space of the Underground World
:: The footpath of les Capitelles
:: Itinérance : GR de Pays