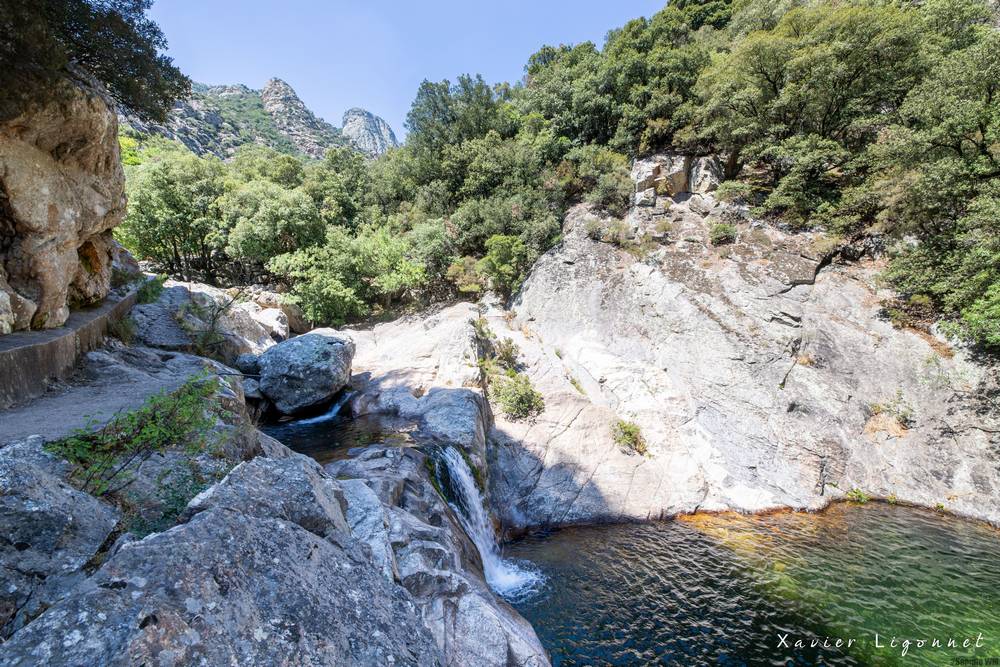 The stream of Arles dug the rock of the massif, formed narrow gorges and now flows into the Orb.

Colombières-sur-Orb owes its name to the large dovecotes where doves used to be raised (Colombièras). This commune, which has twelve scattered hamlets, is situated on the right bank of the Orb and at the foot of the Caroux. The stream of Arles dug the rock of the massif to form narrow gorges and then flow into the Orb, creating a unique place called simply the Gorges de Colombières.

Lovers of crystal-clear water and wild landscapes, but also hikers, like to come to Colombières-sur-Orb from a long time ago. Witness of the exchanges between valley and plateau, the ancient Roman road symbolises the circulation of men and goods for more than 2,000 years. Several vestiges reveal it: the Oppidum Saucani (Gallic fortification) and the stones with "cupules", which we still don't know what they were used for. Later, the troglodyte houses on the path climbing up to the hamlet of La Fage sheltered chestnut gatherers, shepherds or hunters.