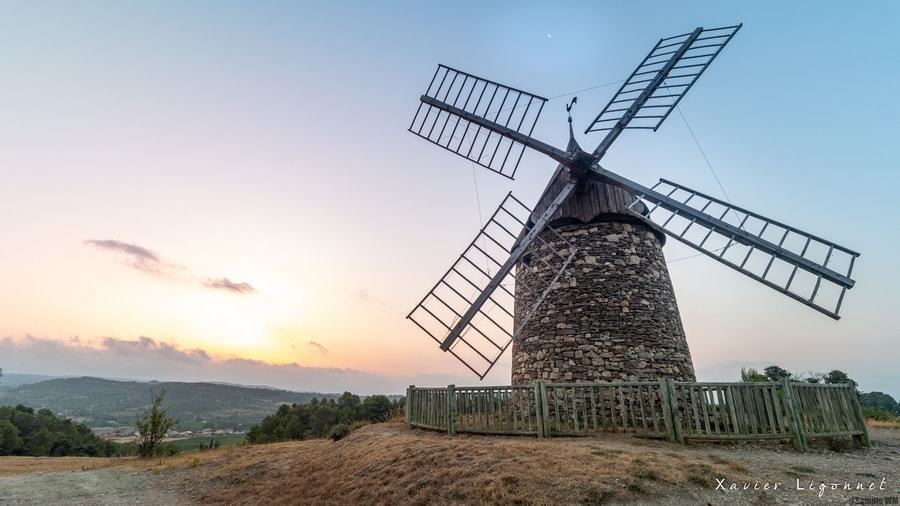 From the top of the "thirteen winds " hill, the old windmill dominates the village

The oldest traces of human occupation on the Félines territory are the evidence of primitive horticulture, as shown by the excavations carried out in the Abeuradou cave. These traces are the beginnings of agriculture in the west, around 7000 BC.

The village owes its name to the Latin word "Figulinas", which means "potters' workshop".
The restored old windmill dominates the village from the top of the Thirteen Winds Hill. Around the village, there are numerous capitelles (small dry stone huts) which sheltered winegrowers, peasants and shepherds from the wind, the cold and the summer sun. 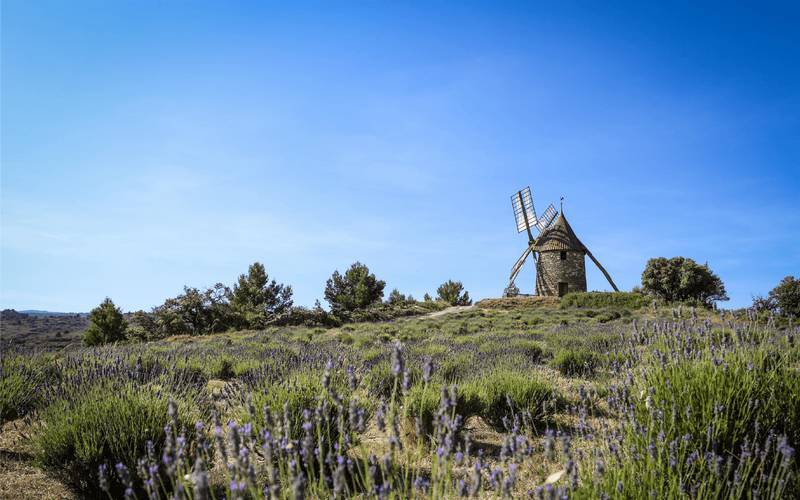 Félines still has an important wine-growing activity and a marble quarry which is still exploited today. The prestigious "griotte red" stone can be found in many Parisian monuments as well as in Versailles.

:: The windmill on the hill.