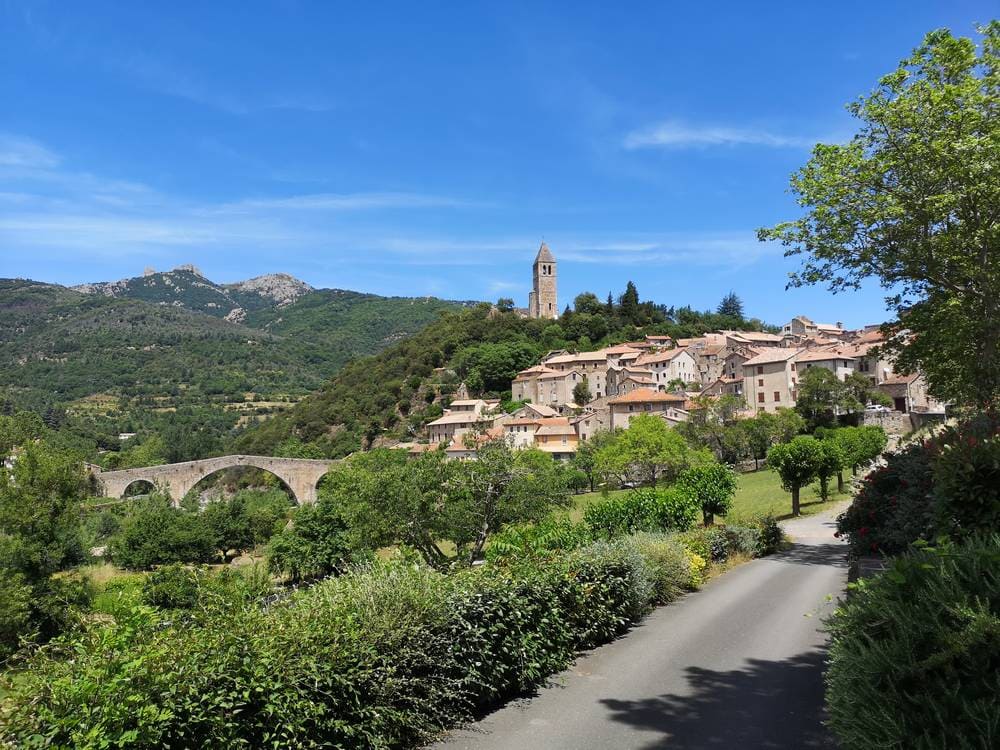 Olargues, listed among "The Most Beautiful Villages in France", is located along the Jaur river

Olargues, listed among "The Most Beautiful Villages in France", is located along the Jaur river, 6km (3.72miles) upstream from its junction with the Orb river, in a narrow valley south of the mountains "Espinouse". Olargues has the distinction of being located on a bedrock forming a hill, "puòg" in Occitan, which gives its name to a neighborhood of the village. It is almost surrounded by the water of the river.

Listed among the most beautiful villages in France, Olargues is a formerly fortified hilltop village, with Caroux Massif in the background. It hangs on a rocky mound with, at the top, the old keep of the medieval castle transformed into a bell tower. Enjoy the panoramic view! 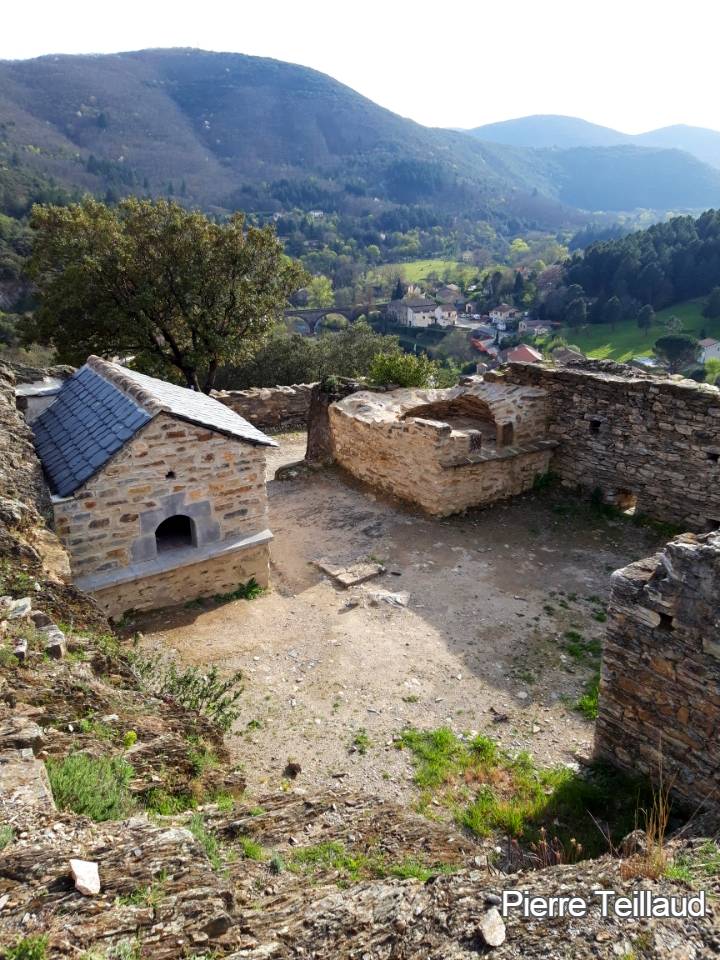 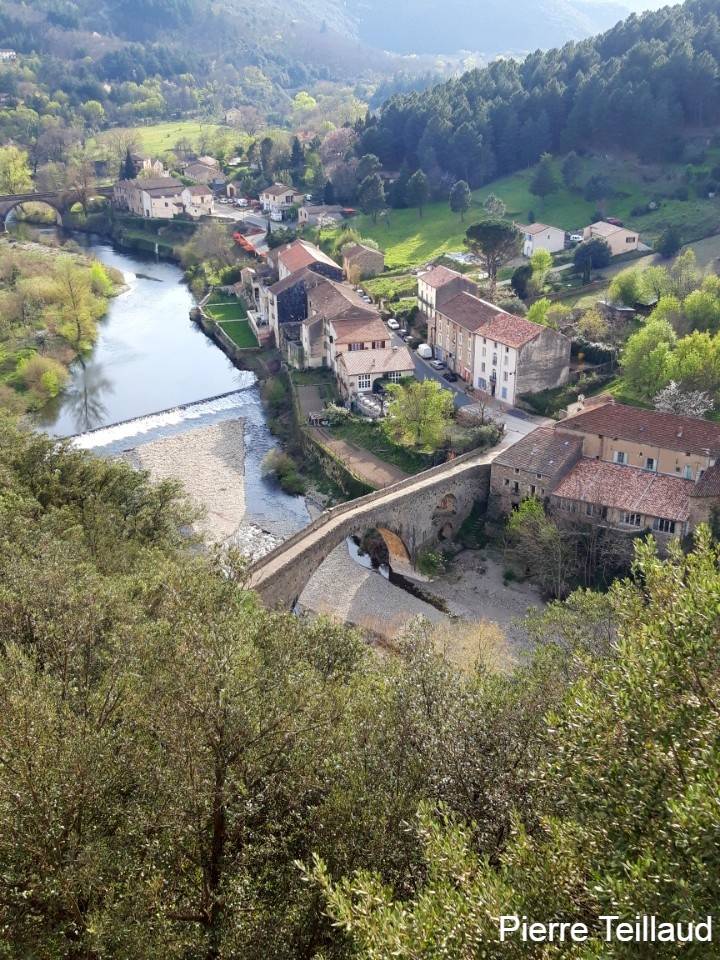 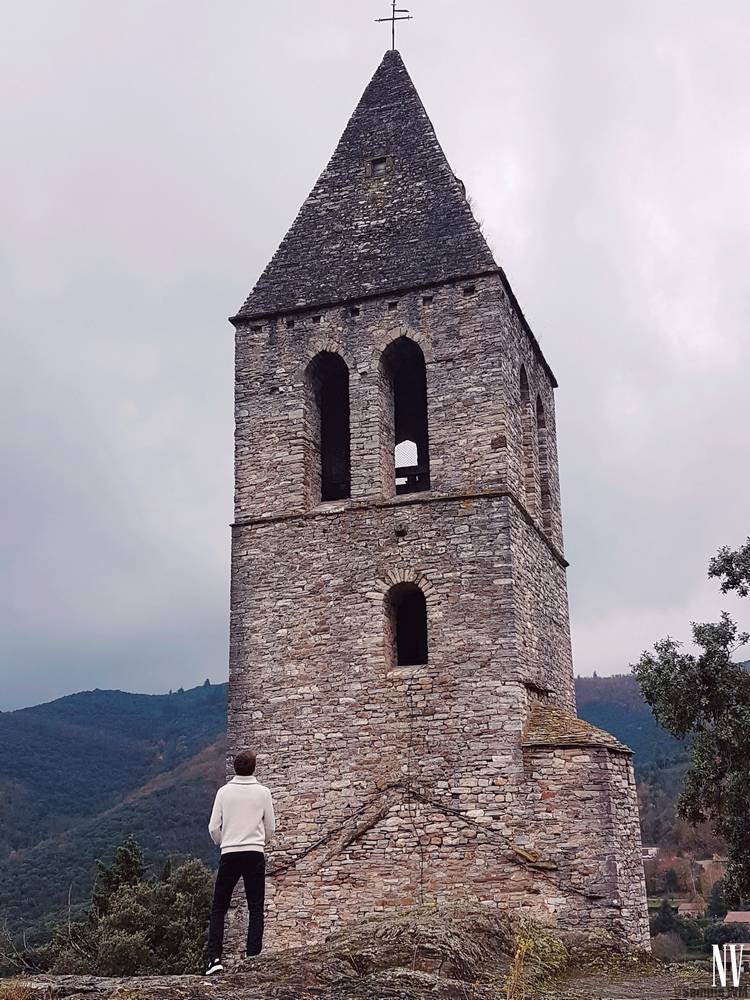 The Devil's Bridge, below, was built in the twelfth century. The perfect architecture of the site and its typically medieval character allowed Olargues to be listed and included in the ''national inventory of sites.” 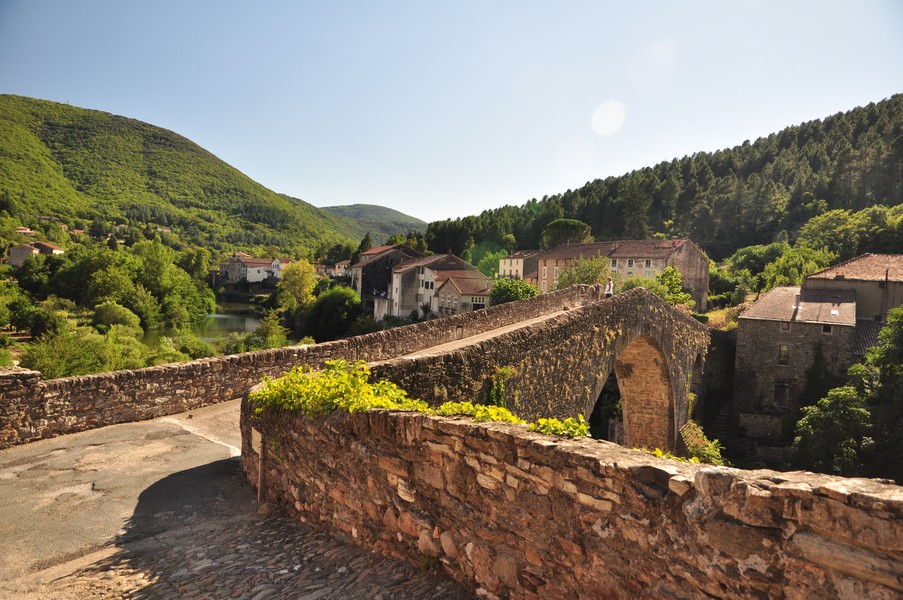 Don't forget to visit the Popular Arts and Traditions Museum, located in the centre of the village, in the famous "Escalier de la Commanderie" (Staircase of the Commanderie), above the Saint-Etienne chapel.
The Museum is open from Tuesday to Sunday from 3pm to 6pm in season, thanks to a few volunteers. Admission is free. 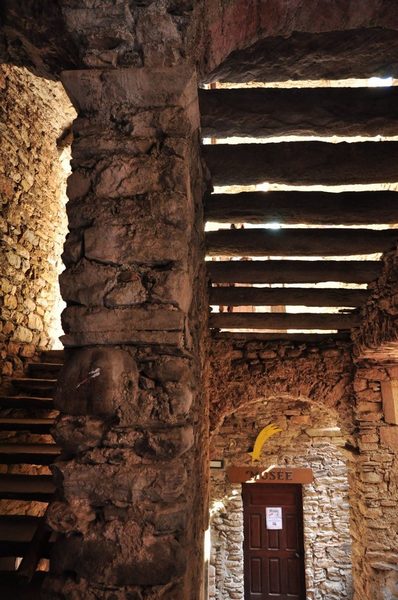 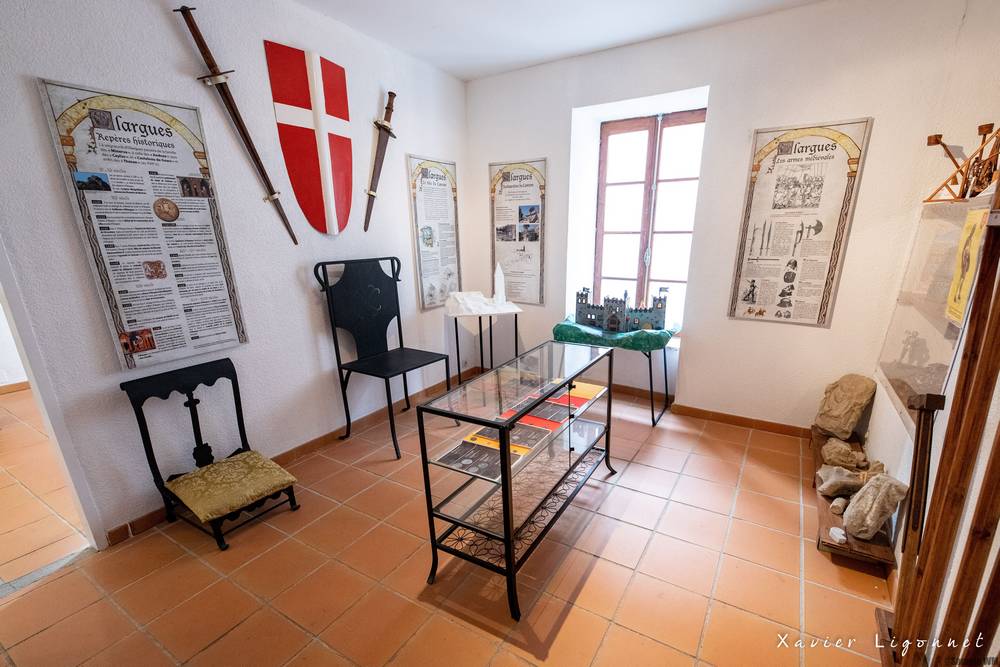 A hiking trail marked out in yellow at the start of the Voie Verte in Olargues (PR of Malviès 5h - 15km (around 9.3miles) - Level : Difficult) allows you to discover the Peyro Escrito (Written Stone, prehistoric engravings), a listed historical monument. Enjoy the shady climbs under the chestnut trees or in the forest before being able to admire the beautiful views of the village.

You will find the hiking information map and its 3 thematic sheets on sale for 1€ at the Tourist Office reception points.

You will also find the GR de Pays signposting, which will take you to the Pic de Naudech where you will enjoy an exceptional view of Vieussan and the surrounding Orb. 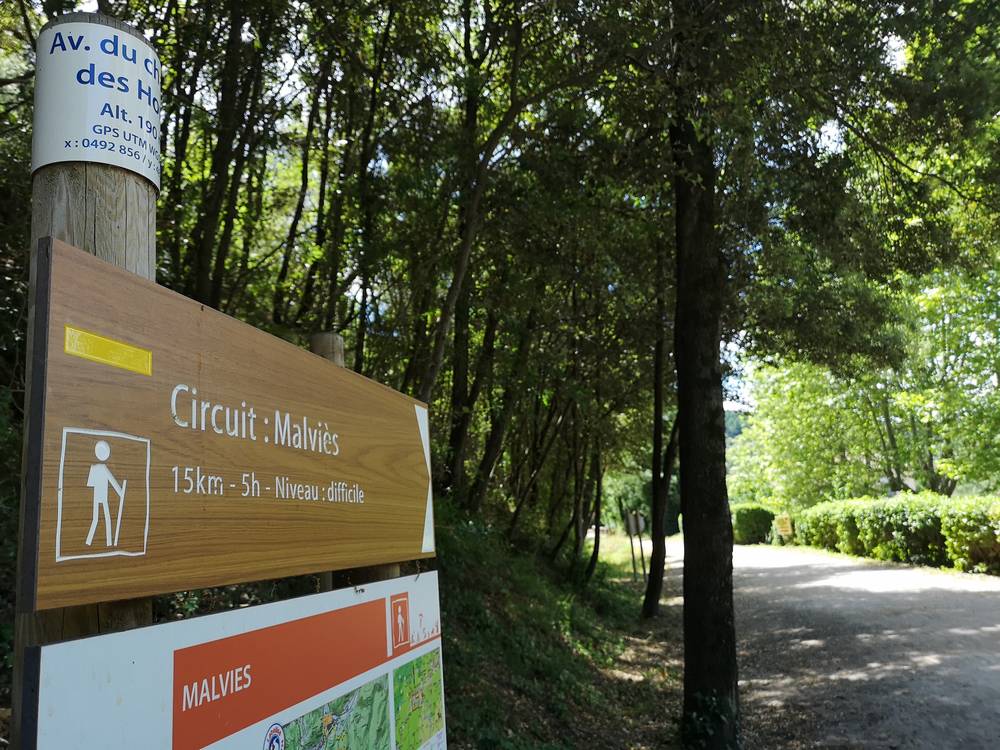 Every year, in Olargues, discover the Wheelbarrow Festival (1st Sunday after May 11th), the fireworks display on July 13th, Festibaloche (in August), European Heritage Days (3rd weekend in September) and the Chestnut and New Wine Festival (1st weekend after All Saints' Day). 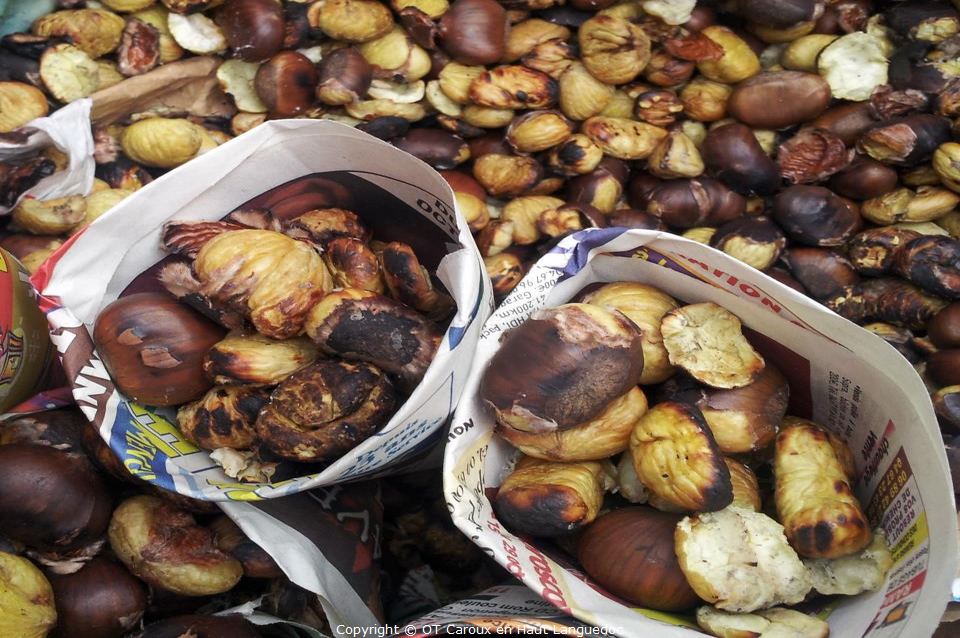 Visit Olargues (audio and video commentary on your smartphone or tablet).

You can also follow the guided tours in July and August. Departure at 6pm in front of the town hall (possibility to take a guided, commented visit, all year round on demande, for groups. Contact Katia from the reservation service 04 67 23 02 21).

:: The Centre Cebenna in Olargues offers you activities around nature all year round (see program on www.cebenna.org) There, enjoy 3D projections (3 films: The underground world, the Orb and the hydroelectric plant of Montahut) duration: 20 min, (not free). Discover a kaleidoscope (a 15-minute show to discover the appearance of life on Earth through photos of biodiversity). It is also a tourist information point, service house, media library...
:: Eat a good home-made ice cream at the café - restaurant Laissac.
:: Admire the beautiful panorama of the village from the Eiffel Bridge on the Green Way.
:: Walk to the source of the Fréjo, which is a resurgence of an underground river, by the Voie Verte (in 20 min). This part of the greenway is hidden from the sun, with benches and beautiful panoramas.
:: Visit the painting gallery of Els Knockaert, at rue du Balad.
:: Perched village formerly fortified: vestiges of ramparts; a door of the city of the XIIth century (La Porte Neuve).
:: Ancient houses from the 13th, 15th, 16th centuries, 1617, 1675, 1676: fireplaces, windows, ceilings, half-timbering.
:: Picturesque public staircase under the 14th century gallery (Commanderie's staircase).
:: Former seigneurial mill.
:: Saint Laurent church inaugurated in 1688 with its organ and classified paintings.
:: Rural chapel Saint-Martin-des-oeufs, on a Roman road.
:: Rock engravings called "la Peiro Escrito" from the Bronze Age, on the PR of Malviés.
:: Pic de Naudech
:: Shops, services, artists' stores, flea market and local products...