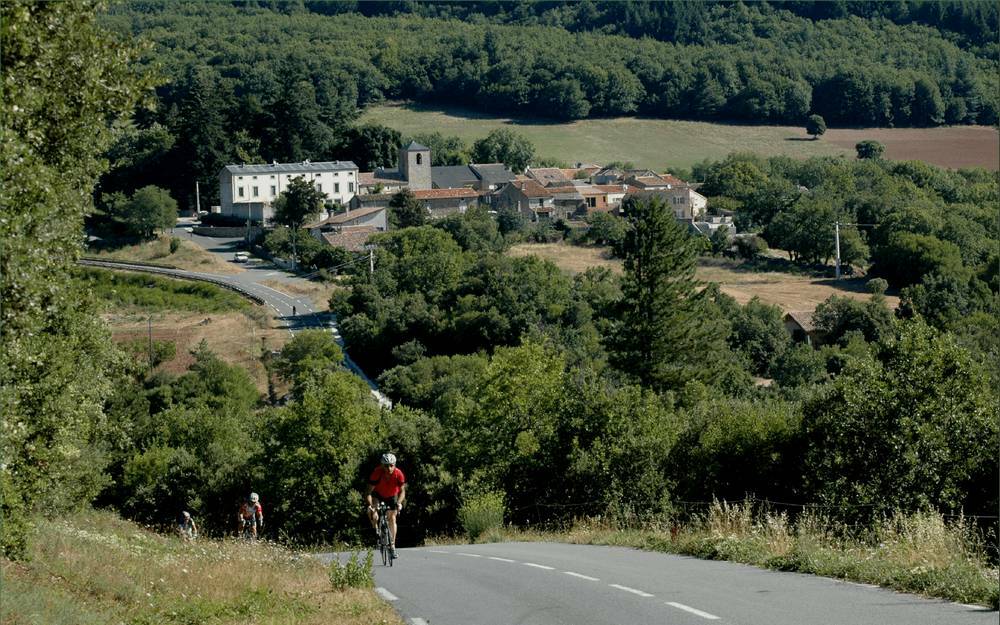 The commune of Pardailhan culminates at Le Pech Mage at 822m. Still famous today for its turnip, "lo nap del Pardailhan" in Occitan, it was, from the 14th century, a privileged passage between the lagoon plains, the Mediterranean ports such as Agde and Narbonne, and the countries further north, such as the Albigensian or Rouergue. Its castle, built around 1650, has been rebuilt over the centuries and has kept its two 17th century towers.
The Pardailhan refers to a larger territory which historically includes the current commune and the one of Saint-Jean-de-Minervois. The relief of the Pardailhan is particularly tormented, with a strong difference in altitude as far as the Minervois and the Saint-Chinianais, which go down to a minimum altitude of 276m. The Pardailhan is situated at the western end of the Hérault department, in the Avant-monts mountain range. It is an extension of the Black Mountain.
Two important springs come from the Monts du Pardailhan: the Malibert and Poussarou springs ensure the continuity of the Vernazobres, a tributary of the Orb, and provide drinking water for the Saint-Chinian region.
The commune covers an area of 4118ha and includes ten hamlets: Pardailhan (the chief town), Rodomouls, Coulouma, Rieussec, Pez, Catalo, Copujol, La Garrigue, La Louvière and Pardailho.
A green landscape, famous for... its black turnip! Lou nap de Pardailha has been cultivated for centuries on these clay-limestone soils and its unique flavour has given it a reputation that has spread far beyond the limits of the region.
The climate is of the Mediterranean mountainous type: it is influenced by the altitude and the proximity of the Montagne Noire and the Monts de l'Espinouse .

The castle of Pardailho was inhabited until the beginning of the 15th century by a royal lord, representing the king (the castle was ruined in the 16th century).
Several noble families succeeded one another for almost three centuries, holding a share of the lordship, without residing in Pardailhan.
Around 1650, a new castle was built in the hamlet of Pontguiraud, by the seigneurial family of Brugairoux.
The church of Sainte-Marie was transferred to the hamlet of Pontguiraud in 1752, which then took the name of Pardailhan, and became the capital of the seigniory.