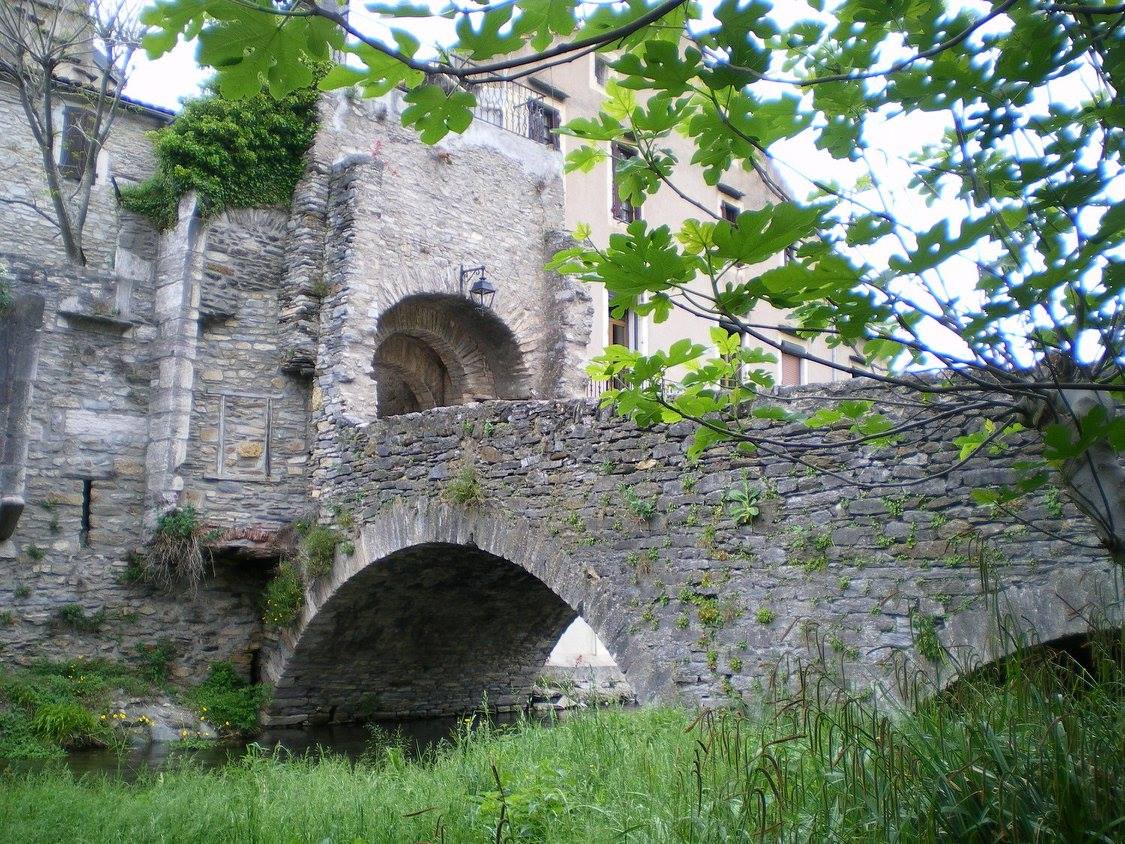 Take a walk in the city of marble !

From the museum to the cathedral, its streets lined with old shops and decorated lintels invite you to go back in time.

Marble extracted from local quarries can be found in all stages of the city's development. 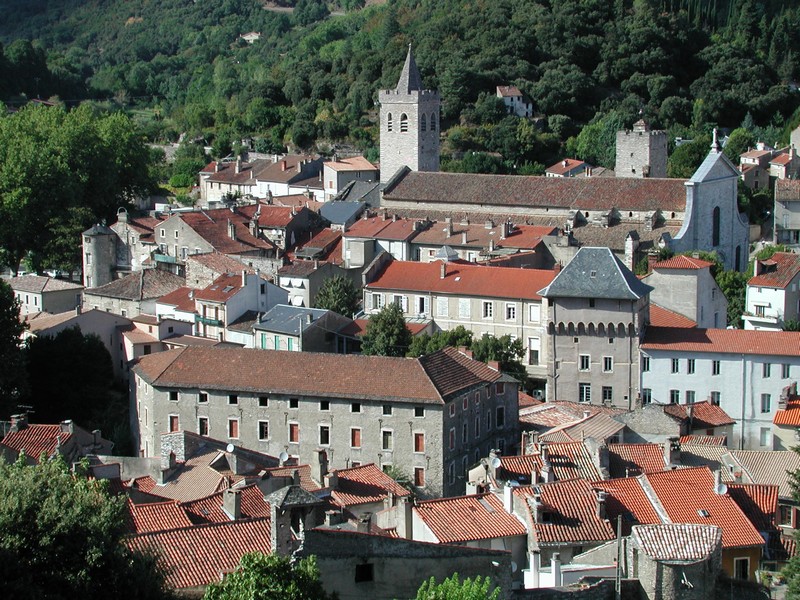 Classified as a Historic Monument, this former abbey church has been rebuilt several times over the centuries. It houses a baroque marble choir, carved walnut stalls and a listed organ.
It is also the largest Romanesque cathedral in the Occitan region! 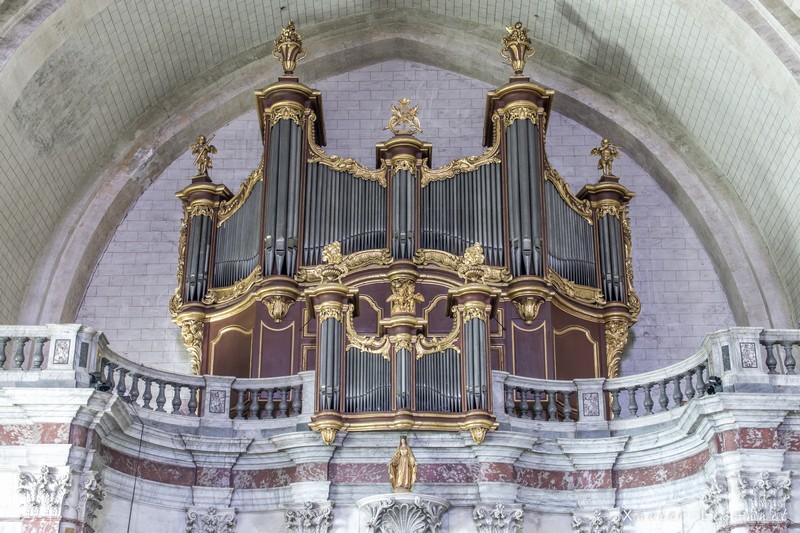 The Source of the Jaur

The river Jaur takes its source in Saint-Pons-de-Thomières. Often explored at the end of the 19th century, and even arranged for visits at certain times, it has always been a sacred place. 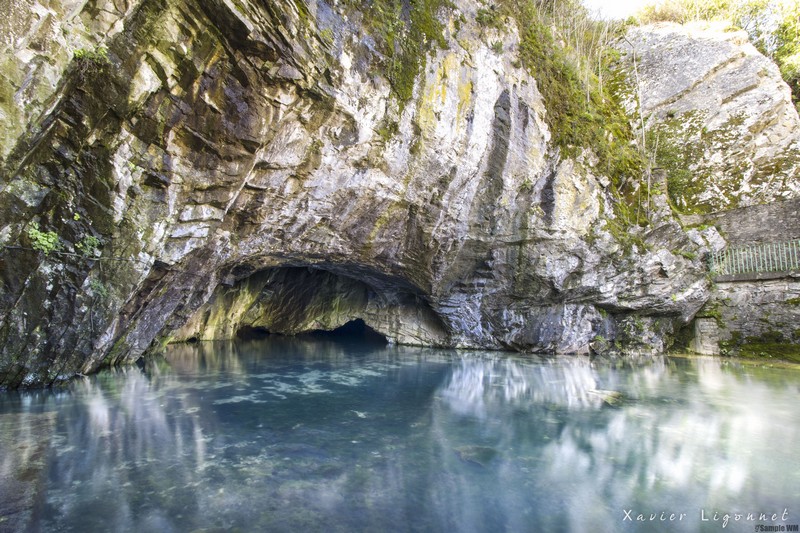 A legend even asserts that the source is a monster petrified by the gods.
"In very distant times, when the deities jealously courted the daughters of men, a monster, half dragon, half snake, caught the people in its path with its huge tongue. It was then, that a divine couple took the defence of humans. Divanona and Divanogétimar cast a spell on the horrible animal. It was thus petrified. Nowadays, the mouth of the animal and its tongue are still visible in St-Pons de Thomières, in the form of the rocky cavity and the water table".

Take a walk in the nearby park, whose lush vegetation keeps the temperature mild in summer.

Discover the prehistoric people behind the Menhir Statues : the Sainponians!
Observe many Neolithic remains found the caves of the Minervois au Caroux area. 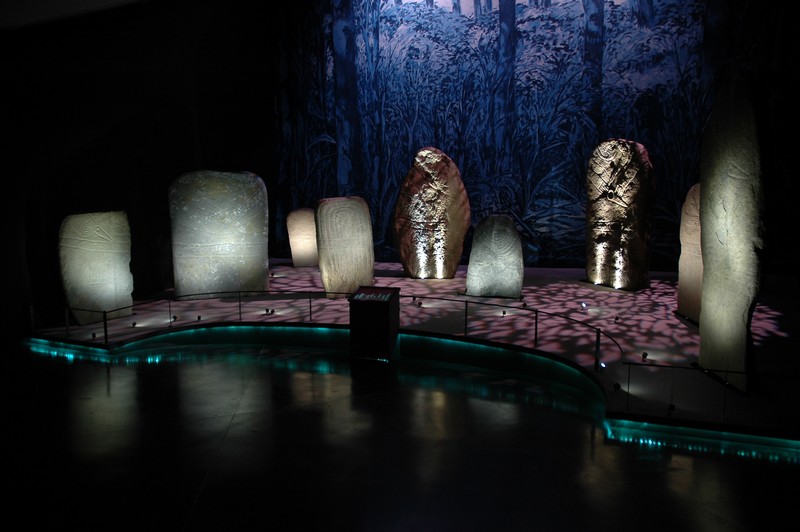 The history of Saint-Pons is known from the foundation of the Benedictine Abbey by Count Raymond Pons of Toulouse, in 936. The abbey was built on the left bank of the river Jaur and entrusted to Benedictine monks from Aurillac.

Numerous donations enriched the monastery throughout the Middle Ages, and enabled it to radiate spiritually and materially over a vast region.
The town of Saint-Pons developed around the church and the vast abbey buildings, the magical, fortified town was built. On the right bank, was situated the lesser town of Thomières, with its own ramparts and streets lined with shops.

The small town is a place of passage and commercial exchange, on the communication route between Castres and Béziers, on the border of the territories of the count of Toulouse and the viscount of Trencavel.
In 1170, the monastery, and probably part of the town, were plundered by the Protestants, and suffered serious destruction.
The abbey church, seriously damaged, had to be rebuilt and fortified.

In the 17th Century, the two towns united under the name of Saint Pons de Thomières.
Thanks to the cloth trade and the textile industry, the economy was flourishing.