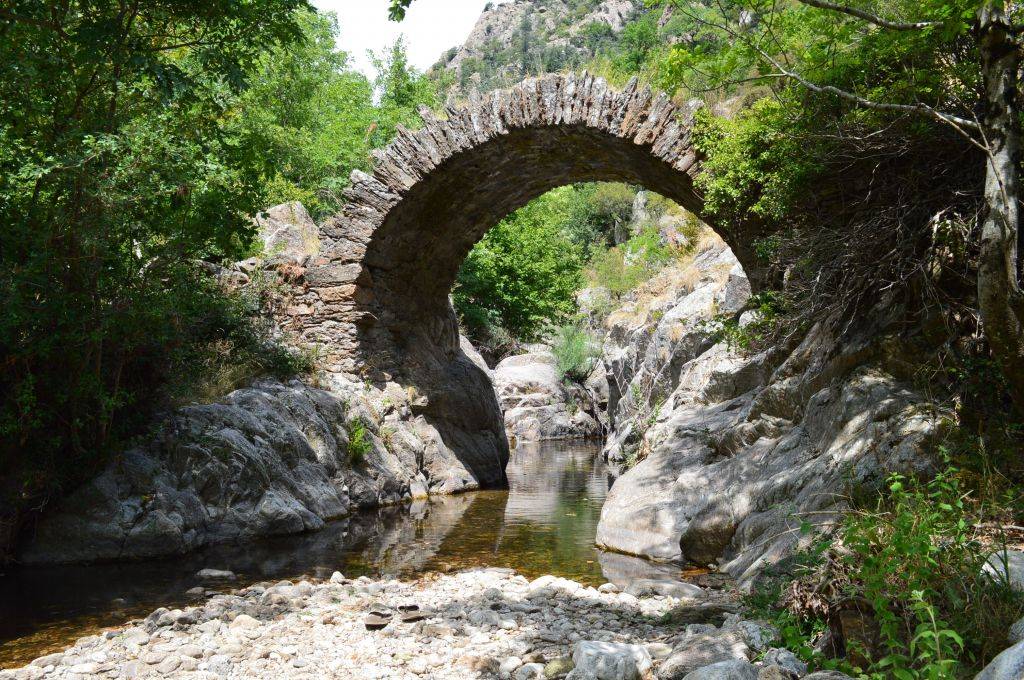 Enjoy the remarkable view over the valley, the Caroux foothills and the Avant-Monts.

Saint-Vincent hangs on the southern slope of the Espinouse, to the first foothills of the Massif Central and to the north-west of the village of Olargues.
The view over the valley, the Caroux foothills and the Avant-Monts is remarkable. The commune is bathed by the river Jaur to the south. Numerous streams flow down its steep slopes, the most important of which are those of Coustorgues and Mauroul. It has the particularity of being made up of 13 scattered hamlets, with Saint-Vincent at the centre.
These numerous hamlets, hidden in the hilly folds or hanging to the slopes of the Espinouse, have a particular charm. Come and discover them: Raspailhac, La Fontésié, Le Mas du Gua, Gourlaury, Julio, Gaillergues, Pradels, Camproger, Le Cros de St-Vincent, Pestous, Violgues, La Mazarié.
From a historical point of view, the occupation of the site of Saint-Vincent goes back to prehistoric times, as shown by the dolmen of Raspailhac, which remains are exhibited in the Olargues museum.
Saint-Vincent is a former commandery of the Order of the Hospitallers of Saint John of Jerusalem of Rhodes and Malta dependent on the Commandery of Narbonne of the Grand Priory of Saint-Gilles de la langue de Provence.
In the 19th and 20th centuries, the village specialised in chestnut production.

:: House and church of the Hospitallers of St. John of Jerusalem, cited as early as 1531. Very well preserved pictorial representations.
:: The church houses, a very beautiful cemetery cross, a 15th century Calvary of the Hospitallers, classified as a Historic Monument.
:: Ruin of the Romanesque Tower at Gaillergues.
:: Medieval Cross of Raspaillac.
:: State forest of Carcadal.
:: Magnificent viewpoint at the Fontfroide pass.
:: Renaissance house in Julio.
:: Enjoy the small roads to meet the 13 scattered hamlets.