Starting from the vineyards of Saint Chinian, passing through the village appellation Roquebrun and on to the vineyards of Faugères, a beautiful loop that takes you in the varied landscapes between limestone and schist, the remarkable dry-stone buildings and that follows, for a while, the course of the Orb, a refreshing river!

The signposting will be completed by the beginning of summer 2021.

The wine appellations:
Very distinct terroirs mark the landscapes and give each wine its own identity, its own originality. The vine is the common thread, stretching along both sides of the Orb and Vernazobre rivers, with the Haut Languedoc as a backdrop. The particularity of the AOC Saint-Chinian, beyond proposing two communal appellations: Berlou and Saint-Chinian, is having two terroirs marked to the north by schist and to the south by clay-limestone. The AOC Faugères, on the other hand, is the only homogeneous schist terroir in the Languedoc, and its other particularity is that the plantations are on contour lines, giving this terroir its own singularity.
The assortment of grape varieties (Grenache, Sauvignon, Chardonnay, Muscat, Merlot, Syrah, Mourvèdre, Carignan, Cinsault noir, Lledoner pelut...) provides an aromatic palette from which the winegrowers draw with talent.

Roquebrun
Standing on a mountainside and dominating a bend in the Orb, Roquebrun is a small village with a Mediterranean feel that the passage of the centuries does not seem to have altered, even if the bridge that links the two parts of the village has now replaced the ferryman and his boat... Nicknamed the "Nice of the Hérault", Roquebrun benefits from an exceptional microclimate that allows the orange, lemon and mimosa trees to flourish; this mild climate is complemented by the presence of numerous springs. A visit to the famous Mediterranean garden, at the foot of the Carolingian tower, confirms this mildness. A place not to be missed to learn about Mediterranean flora: exotic plants, succulents, scrubland plants, collections of mimosas and rockroses, with, as a bonus, a beautiful panorama over the Orb valley!

Cabrerolles
Between the plain and the mountains, the village of Cabrerolles and its castrum are built at the end of a rocky spur separating two deep valleys that open out onto the Biterrois plain. On this narrow peak overlooking the village, an imposing castral chapel dedicated to Notre-Dame de la Roque, strongly marks the landscape by overhanging a fortified medieval complex of the 10th century (the ruins of the old castle) of which a keep and the surrounding walls remain. The chapel, a former parish church, has a single nave with a barrel vault and an apse in the form of a cul-de-sac. The building once commanded a trade route which, from the Aveyron through the mountains, led troops and merchants to the rich Biterrois plain.
The commune of Cabrerolles is made up of five hamlets: La Liquière, Lenthéric, Aigues-Vives, La Borie Nouvelle and Cabrerolles.

L’Orb, hydrolic energy, water.
By the size of its basin, the Orb is the second largest river in the Hérault department. It rises in the Monts de l'Escandorgue (825m above sea level) in Aveyron and reaches the sea at Valras, along its 136km (84miles). Reputedly fierce and unpredictable in some places, it is held back and regulated by the Monts d'Orb dam above Avène, then flows through Bédarieux, Hérépian, and joins its main tributary, the Jaur, at Tarassac, not far from the Gorges of Héric, at the foot of the Caroux. You can meet it along the way at Roquebrun, then at Cessenon sur Orb, where the river then flows towards Béziers.
Water has provided the main driving force for the many mills (wheat, flour, treading, pressing and sawing) along the river since ancient times. Still used today to produce electricity (hydroelectric plant of Montahut), the Orb and its valley are a real backbone of our territory.
Today, the river is ideal for swimming, canoeing and fishing and its good management has been rewarded several times by the label "River in good condition" for the most upstream sections.

The vineyard barn
The barn is, in a way, the farmer's second home. It is linked to the small farm spread over a territory sometimes so far from his home that he needs to have a shelter on the spot to store his farm equipment, the small objects essential to temporary life and to take refuge in case of bad weather or heatwave. These modest constructions were built at a time when man had only his legs or those of his horse to move around, and he tried to save himself unnecessary comings and goings. Barely lit by a dormer window and a single door, the single room, which sometimes had a second floor, often had a fireplace, usually built in a corner. The farmer warms up in winter with his horse in the intimacy of a roughly equipped stable.

Accommodation on your way 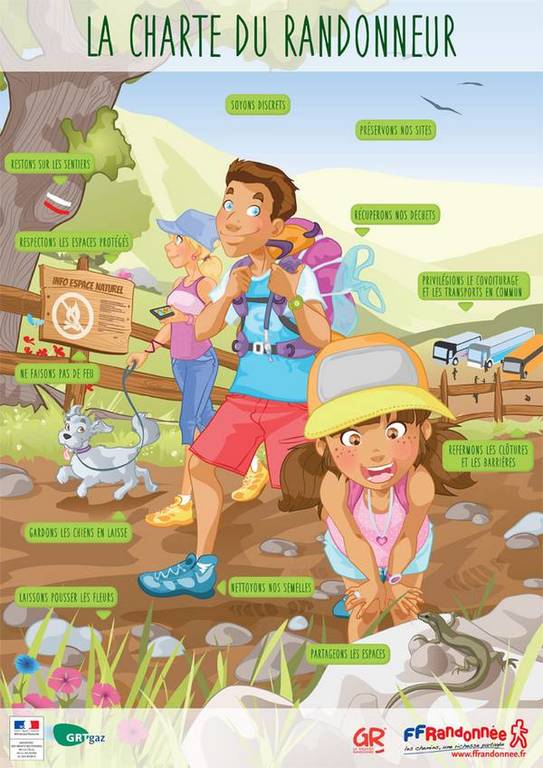